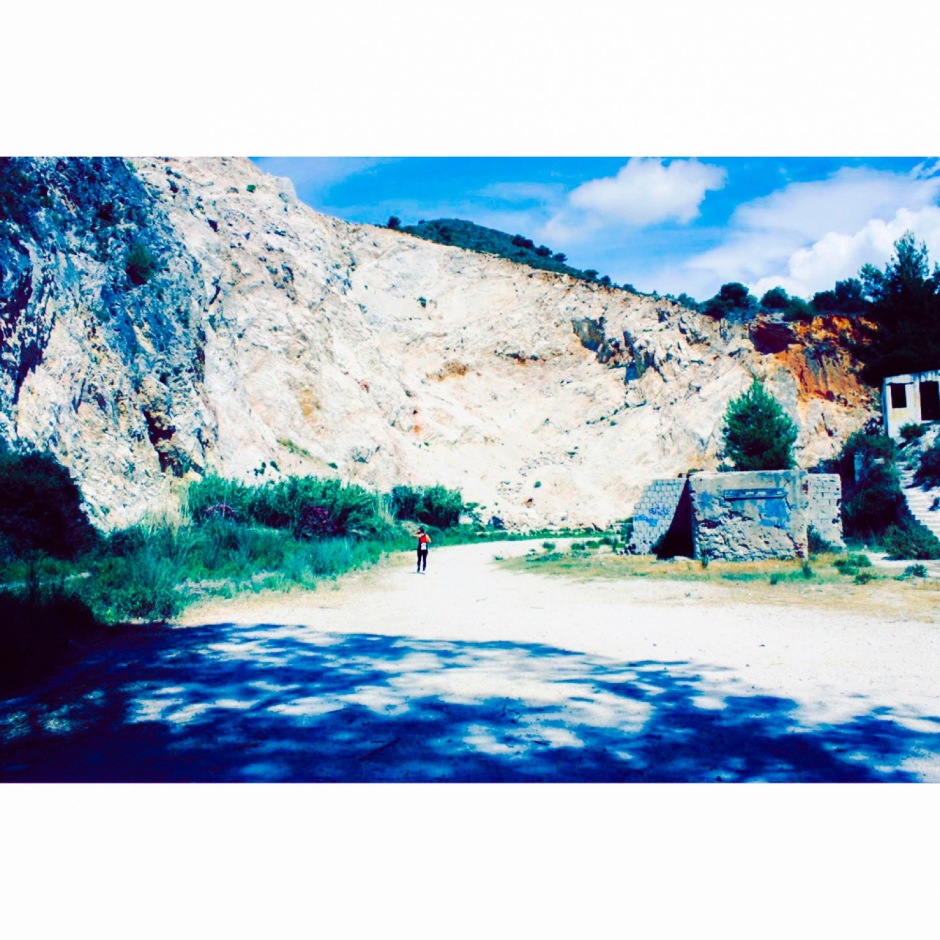 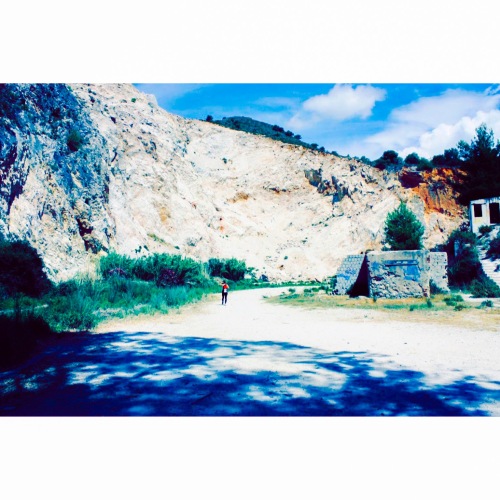 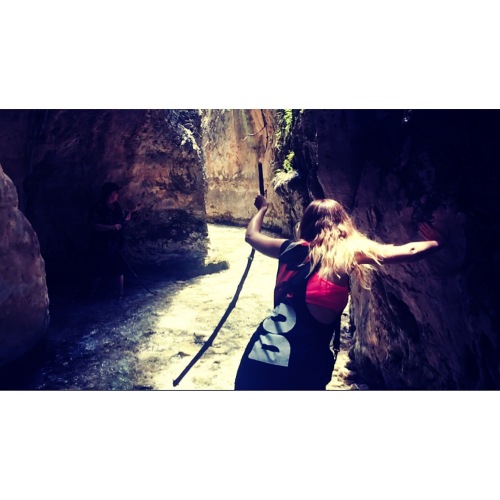 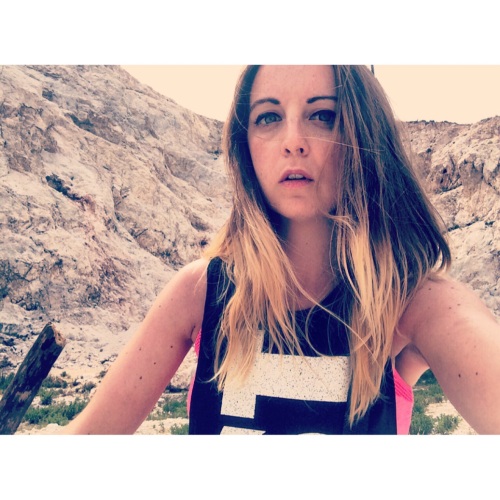 The silent canyon captured every grinding footstep and threw them back with avidity. 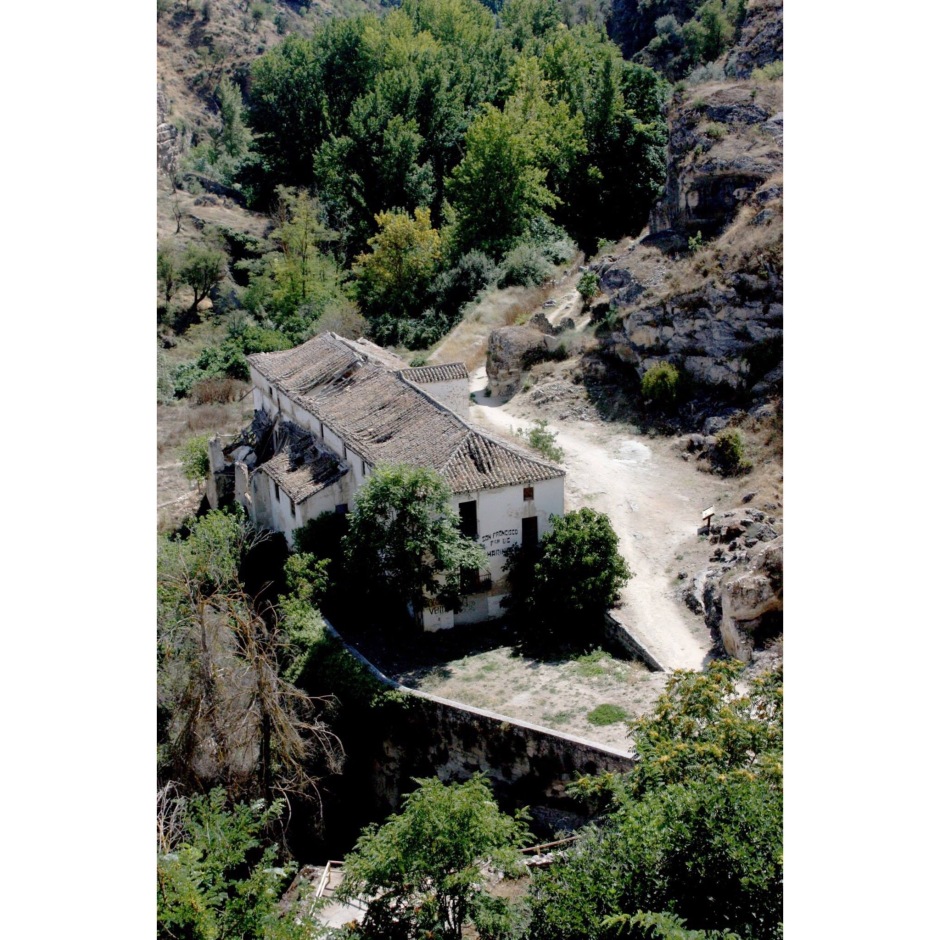 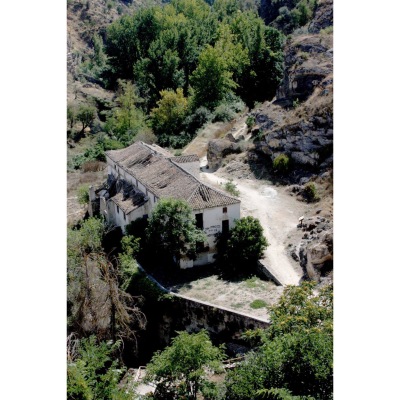 Day fourteen saw a second instalment in a tale of lost and found, today is the final piece…

The heat was radiating from every angle of the landscape, smearing the view in the distance, adding to the blurred state of Laura’s mind.

The past hour was the longest yet, her wristwatch ticks were amplified as each second slaved by. Her skin was powdered with the dry dusts of the dirt track, it clung to her throat, grasped each eye lash and dried the lips until flakes formed between the cracks.

The track meandered through the mountain hiding sheer drops and rugged crevices around every corner. As Laura traipsed she had passed ancient Spanish fincas and derelict farm houses, but the latest crumbling ruin hid something inside that caught her eye as she trudged by.

The whitewashed ruin’s front wall had ruptured and tumbled towards the track, revealing a tiled floor that had been interrupted by thick tree roots that had claimed the space for their own. A pile of rubble sat at the centre of the ruin, a drab sight on first glance, but upon closer inspection it was peppered with pockets of colour. From pastel tones of yellow and green, to once vibrant shades of red and blue, each splash of spirit belonged to the footsteps of someone that had once treaded this very ground.

Laura pulled turquoise from the rubble and revealed a tiny court shoe made from fine silk. Across the threadbare fabric a tail of embroidered flowers climbed from the heel to the pointed tip. The shoe was warped and contorted, and beneath its toes were little indents of life, traces of ownership.

The dirt pile swam with these forgotten shoes, and Laura wondered why their owner had left such fine attire so carelessly strewn. Most of the shades had a partner hidden amid the dirt, but the turquoise shoe was an isolated soul.

Laura gripped the heel between her thumb and forefinger, holding the shoe up at the sunlight where it glistened for the first time. She climbed across the ruin and stumbled back onto the track, twiddling the tiny piece of footwear between her fingers all the way back to where she started.